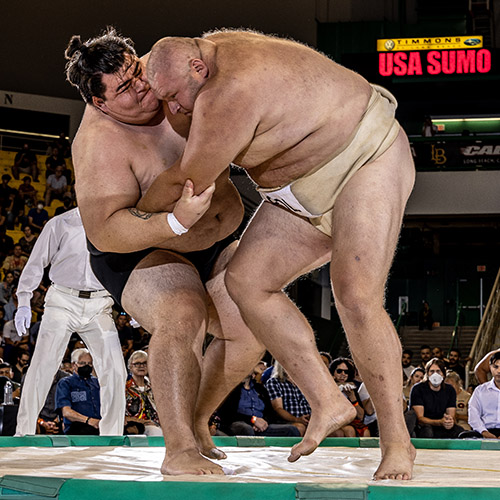 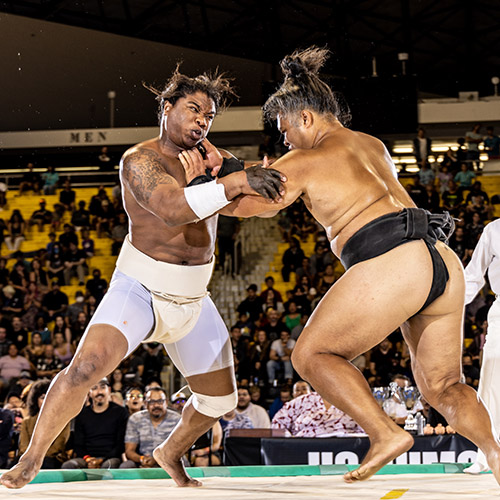 For 23 years straight, the largest sumo tournament in North America.

The sage continues! Please enjoy the live action and excitement of 150 back-to-back matches in one afternoon! The US Sumo Open, top annual sumo event in North America, is back for year #23! Don’t miss this HUGE once-a-year opportunity, among 4,000 fans, to cheer on 60 international sumo wrestles from 10 countries. Multiple World Sumo Champions will crash, as the drama continuous in 2023… be a part of sumo history!

TICKETS ON SALE IN MARCH