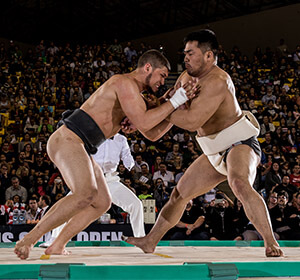 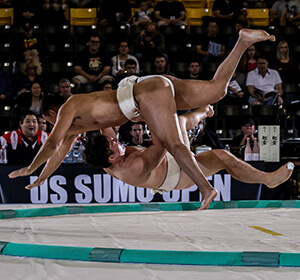 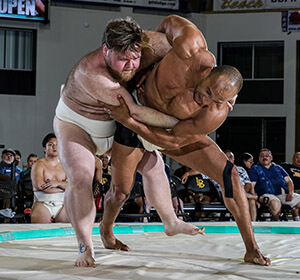 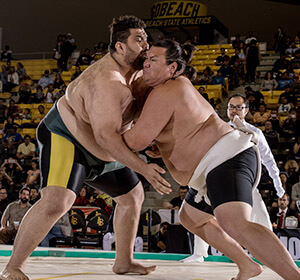 The 16th annual US Sumo Open was intense. A sold-out crowd of 4,000+ watched 55 wrestlers participate in nearly 200 matches. The 4-time World Sumo Champion Byamba reclaimed glory, with a 13-0 record, winning both heavyweight and openweight divisions, undefeated. After getting gold for 8 years in a row, he only got silver in 2015, so 2016 was big redemption for him. American standout Roy Sims won silver in both divisions, beating everyone else except Byamba.

The 37 foreign competitors were dominant, with most medals going to Mongolia, Russia, Egypt, India, and Poland. Aside from the women’s heavyweight (with no foreigners competing), the only earned medals for Americans went to Roy Sims. The 12 female competitors were the most ever at a US Sumo Open, in 16 years!

The competition level was spectacular, attracting many medallists from the World Sumo Championships, including Aron Rozum (Poland) and Batyr Altyev (Russia). Even Olympic wrestling gold medallist Karam Gaber, trying sumo for the first time, could not get past the quarter-finals in the middleweight division!  More 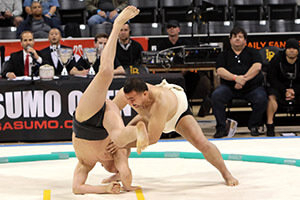 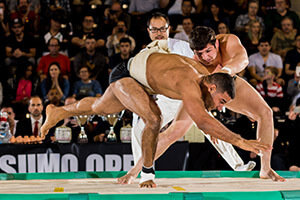 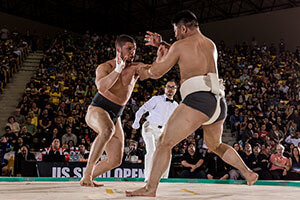 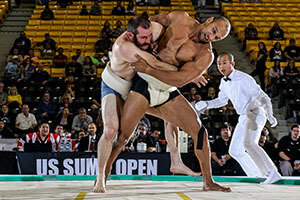 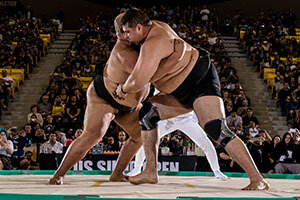 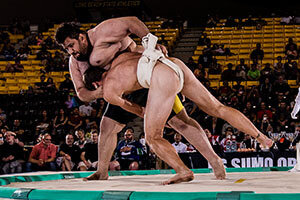 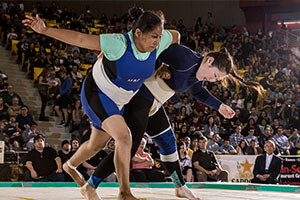 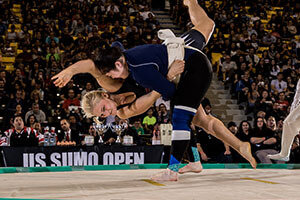 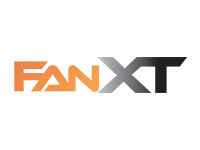 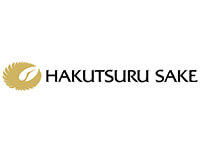 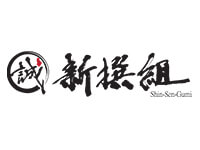 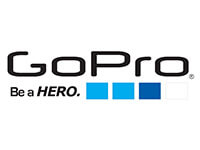